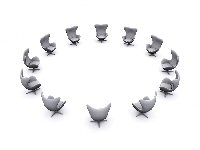 Lake Michigan PHRF – pre-meeting discussion (Brian T, Adam F, Jamie D, Diana R)
Discussions regarding recent contact Diana had with representatives of the LMPHRF group. They have offered to let LO use their on-line certificate tool to create sample certificates. Several other questions arose that indicated that it may be worthwhile having a Video Conference in order to see if there are other ways that we can assist each other. A tentative meeting was set to include: Brian, Adam, Jamie, Larry Huibers and Bill Topping.


Motion 2: Motion to accept the NFS-Delta change as calculated on the following classes:
M/S: Sue/Brian. Carried.

R-Class 10 – Fran questioned the 3 sec NFS-Delta. The class will actually get an NFS-SP change of -12, 3 sec faster than the average of -9. Agreed.
Beneteau 1st 40 – Toronto West will be reviewing the appeal at the next District meeting in April or May.

a) Protesting “cheater” boats, in particular those with illegal “Code Zero” sails. It was re-iterated that all PHRF-LO handicappers are representatives of the rating “Authority” and thus have the obligation to protest these boats.

b) Webinar session for Spring Training – Alison suggested that we prepare a webinar for handicappers. Bill Topping will create a Powerpoint for distribution.

All the following items have been tabled for another meeting in the future. Either Video Conference or November 21st in person.

- Measurement of all Jibs to identify illegal sails

f) Review of CL credit and the JT formula
From last meeting:
It was identified, that in 2016, with the introduction of the CTP credit (+6) for all centerline classes, the FS-SP for classes with a standard centerline were adjusted (-6) to maintain the ASP. However, the effect of this was not accounted for in the NFS-SP.
Motion to correct the (-6) adjustment applied to the FS-SP to maintain the ASP in 2016, be corrected in the JT formula. M/S. Jamie/ Failed with no second.

a) Budget Review for Projects - for Executive

2.3.    Handicapping Changes. that affect PART II of the Handicappers Manual, will be ready for presentation at the Annual Meeting *, the year previous to when the changes take effect. With a "draft" of PART II available for viewing by Sept 1st of the previous year.

NOTE: Exceptions will be made for minor housekeeping corrections.

8.3.8. Standard Class SP handicap changes, made by Central Council, will be completed by no later than April 1st of the current year for the coming season.

8.3.9 Handicappers may bring, to their District meeting, any boat class (not unique to their District) that they feel should be reviewed by Central Council. If the district approves, the District Chief Handicapper will raise these concerns at the next Central Council meeting. Although the analysis is based on human performance, Central Council looks at the overall fleet performance and utilizes the knowledge and experience of the members of Central council when looking at any particular boat class.