Steps and guidlines for filing an appeal of your class handicap with PHRF-LO.

The first step in any appeal of a PHRF-LO handicap is to discuss the situation with your local club handicapper. He/she will confirm whether an appeal is necessary or appropriate and will help guide you through the process. 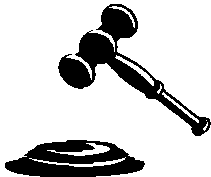 The CERTIFICATE HOLDER may appeal his/her own or any other handicap with the following proviso:

The HANDICAPPER(s) who represent the appealing CERTIFICATE HOLDER shall first review such appeal.

The Club HANDICAPPER shall “acknowledge receipt of”, and “respond and comment” to the appellant on his/her appeal within (30) thirty days of receiving the written appeal.

The DISTRICT representing the CERTIFICATE HOLDER shall be the second review of the appeal.

The DISTRICT Council shall provide the appellant with a written response to his/her appeal, within (30) days of the DISTRICT hearing the appeal.

The appeal will be reviewed with the following proviso:

CENTRAL COUNCIL will review all appeals that fall into one of the following three categories:

The appeal will be reviewed with the following proviso:

Appeals will be heard on the basis of received race results. No appeal will be heard from any Member Club that has been delinquent in sending results for presentation at the AGM, for both of the previous 2 racing seasons prior to an appeal being presented to the CENTRAL COUNCIL.

● Information showing other results from around the Lake that have been included in the race analysis presented at the AGM.
● A written statement from the Member Club’s Board of Directors or an Executive Member of the Member Club, describing their present racing program.

No Response to 1st or 2nd Level Review

In the event that the appellant is unable to obtain a response from either the Club HANDICAPPER or DISTRICT Chief, the appeal may be forwarded to the Assistant Chief HANDICAPPER for that “DISTRICT Area” who shall contact either the “Member Club” or “DISTRICT” to rectify the situation and shall respond and/or direct the appellant.

CONFLICT OF INTEREST  - applicable to all handicap discussions.

In the event of commercial or perceived conflict of interest, these must be declared openly before any action that may reflect on any issue for discussion.  If any individual Handicapper or Member of Central Council has a direct interest in any item for discussion he/she must declare this before decisions are taken and absent himself/herself from the discussion and voting.