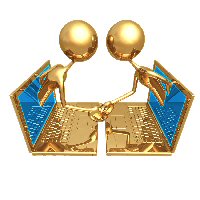 Original Motion:
Mainsail Motion: The new formula (including the MGT) will now be effective for all mainsail. Mainsails that are missing any measurement will now be penalized (-3 sec/nm).
Motion: to rescind the original motion quoted above. M/S. Bill/Brian. Carried

Motion: Mainsail that are missing any measurements will now be penalized (-3 sec/nm). Actual Main % and adjustments will continue to be based on old formula, for sails that have not submitted the MGT values.
M/S: Jamie/Adam. Carried.

a) Sonar One design
Diana identified that there have been No certificates since 2017 and this recognized One Design class is missing the MGT value and asked if it could be removed from the current list.

There was some discussion on the validity of many of the current classes PHRF-LO has listed as Recognized One Designs. Some may no longer be active.

Motion: Remove the Sonar from the list of One Design Recognized classes in our list. M/S: Jamie/Owen. Carried.

Action: A general letter will be sent out to all PHRF-LO listed One design organizations to confirm if they are still active (exception: J 80 & Sharks) and to confirm via a copy of the class rules or a web link.

Complimentary Action: A newsletter article about the letter being sent, will be included for Handicappers.

b) Beneteau 1st 40
Adam Farkas, after review of the appeal requested a full review of all classes.

During discussions it was identified that there is a “new” keel type that PHRF-LO does not list in our Keel abbreviations (Handicappers Manual Part II). It was, at this time, referred to as a T. Keel (TK) and warranted a minimum 3 sec/nm advantage due to its speed potential.

This TK version is currently in our SP list as the TM DK (owner Marcaccio). It was also identified that the “Standard keel” for this class is actually the Deep keel version and that the shorter draft is an option.

Action: Complete re-naming of the Beneteau 1st 40 classes as follows:

Motion: to add the T.Keel (TK) to Part II of the Handicappers Manual with a standard adjustment of -3 when setting initial assignments.
M/S: Jamie/Brian. Carried.

Motion: to increase the SP of all the Non-TK classes +3 s/nm to allow for the delta.
M/S: John/Jamie. Carried (6 in favour, 1 against, 1 abstained).

Action: in addition, a complete review of the ERS keels list will be done to update the codes in the Manual Part II. Adam supplied a list.
Garry Cooke agreed to look at this for Central Council.

Jamie and Owen fielded questions from the participants on the Point to Point handicaps. Some of those questions were;

Q: Why are most of the Offsets slower.
A: Focus needs to be more on the relative deltas between the ratings.

Q: These numbers seem to indicate you are penalizing the Sport Boats.
A: Yes, that is actually correct.

Additionally, it was recognized that the FS Offset still needs some math to asses it better. It is hoped that Observed Performance will help with that also.

Adam Farkas reviewed his powerpoint presentation with Central Council. Discussion was primarily around how to assess the size of these sails and then how to penalize them.

Size: it was suggested that PHRF-LO could use either of the following:

Penalties: it was suggested to either limit or have an unlimited penalty for these sails.

Diana raised a question based on a recent email she received.
If clubs hold races that do not conform or are insufficient for use in the Race Analysis, should clubs still submit them. Which would be reflected as submitted results for the clubs 2021 Membership invoice, but not be used for analysis purposes.

Alison Jones was a guest attendant and suggested that any decisions affecting income, certificates and race credits, will be reviewed when the Executive hold their next meeting on Aug 10th.

Action: Diana (in coordination with Alison) will send out an email to all Handicappers explaining that the Executive Committee will be meeting and will assess all scenarios with regards to race submission, income & expenses at that time. Including the possibility that (given the current environment) race credits may be based on the 2019 submission.

All the following items have been tabled for another meeting in the future.